A-Team visit - Part 4 Around the campfire

At the end of an activity filled day at the farm, rain or shine, cold night air or warm, we looked forward to gathering around the campfire before heading off to bed. We had more than our fair share of rain during this trip, but always managed to find enough dry wood to start a fire and eventually got a fine blaze roaring in the fire pit.

Smudge liked playing with the sparklers the A Team got for an anniversary gift, and she also liked toasting marshmallows, singing campfire songs and helping Auntie Ally add sticks to the fire. 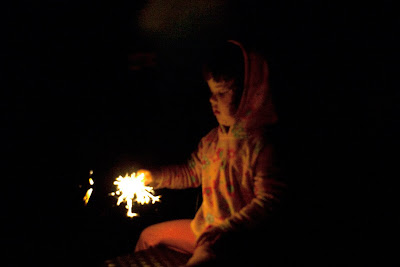 Eventually Smudge was shipped off to bed and the adults enjoyed a brew or two or some wine, while visiting around the fire. I think there was some strange smoke swirling around us this one night too, and AC and I were caught in endless gales of laughter and silly chatter. 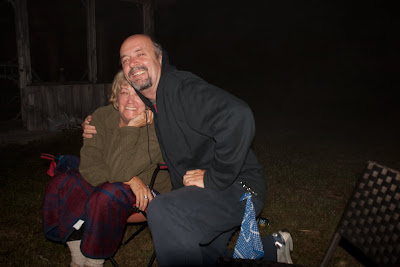 The girls said I kept zinging out one-liners and thought I was the stand-up Queen. AC laughed at all my jokes and commiserated with me when I stated that I wouldn't be snow-boarding in the Olympics this year. What a hoot! 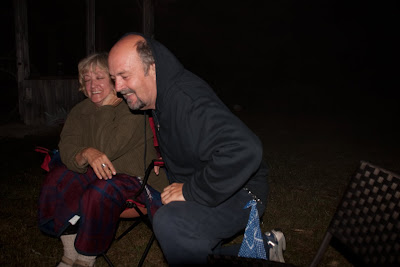 The girls got into the fun too, and echoes of laughter pealed out into the night. 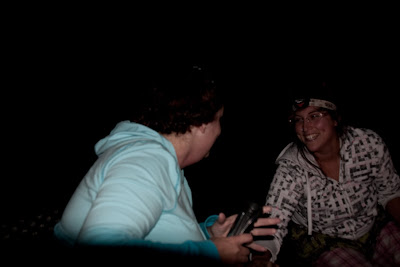 We eventually let the fire die down and made tracks to our tents to drift off to dreamland for the night. 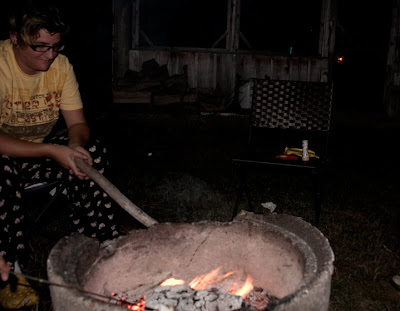 We had sooooooo much fun.
Posted by Cuppa at 5:44 AM