After lunch it was time to put up the tents. The A Team chose a spot down by the river, and after they helped us pitch our tent... 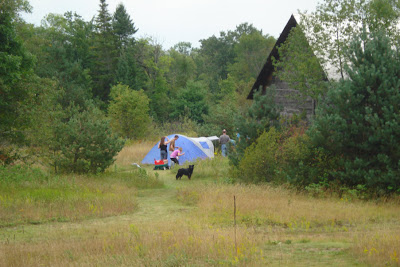 all the gang gathered there to help them get the job done. 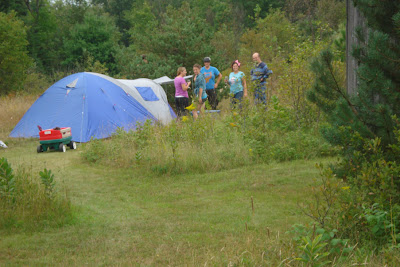 Even the kids got into the act. Jboy wanted inside the tent while Smudge ran around helping with directions on how to blow up the air mattress. 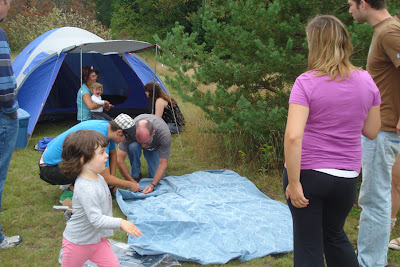 Jinu did his best to help Grandpa Brian and Auntie Ally blow up the air mattress. 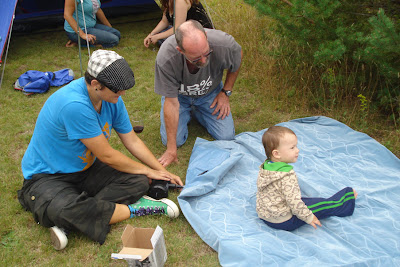 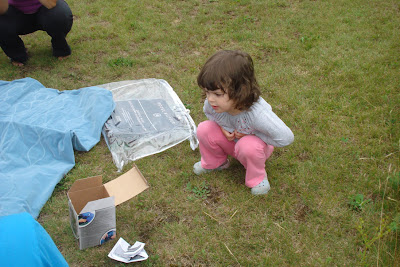 while Jboy helped Auntie Aly with left over tent pegs. 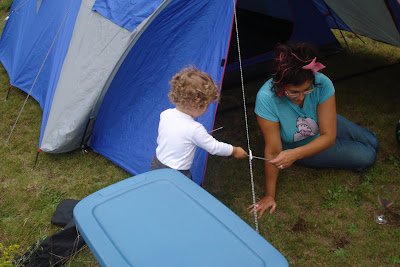 Jinu came over to help Jboy, while Auntie Aly and Auntie Sarah visited. 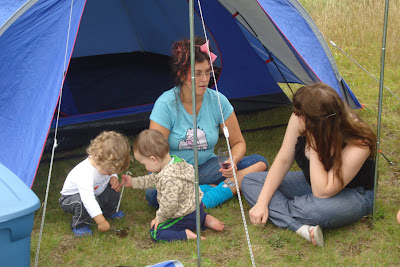 Lots of fun was had by all. 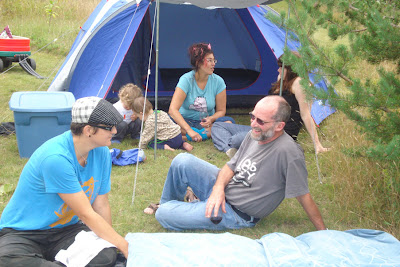 Meanwhile back at the farmhouse I was putting the finishing touches on our tent. 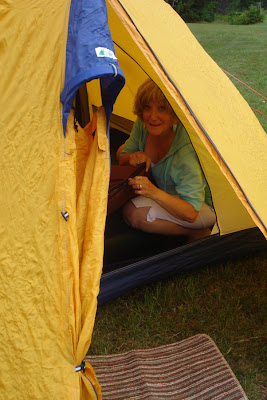 While the A Team chose a spot down by the river, AC and I chose a spot up near the farmhouse. The pic below was taken from the side door of the house, so we were close enough to the house to make it easy to get in on rainy mornings, and we had quite a few of those. Sigh! The little multi-coloured tents were for the kids to play in, and they had a blast doing just that. 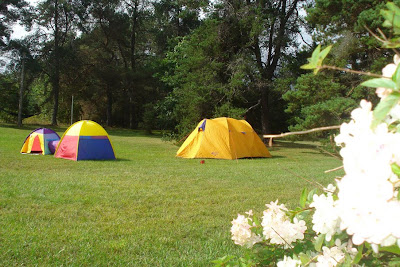 Even though we were close to the house, we still had a pretty spot with a great view of the Playner Mil. You can just see a corner of it through the trees in the pic below. 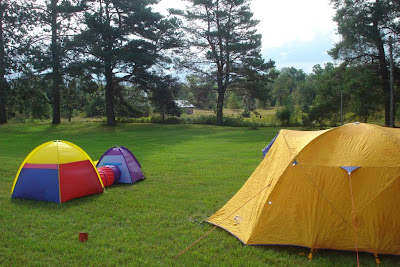 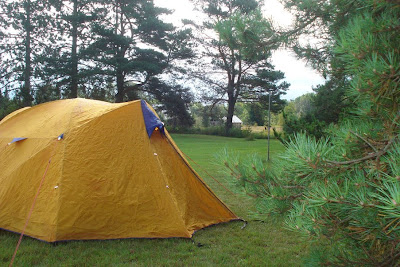 and in spite of a small leak during a very rainy first night in the tent, we enjoyed sleeping in the great outdoors. Once I closed the vents on the roof of the inner tent, we were snug and dry for the rest of the adventure.
Posted by Cuppa at 5:11 AM

Looks like a wonderful time, love camping and all being together makes for such a good time. So happy for you Cuppa to have everyone together.....:-) Hugs