Stroll in the park

So, after we stopped at Timmy's to get coffee for us and a couple of Timbits for Smudge, we went to the park for a saunter and a sip. This part of the path was stony and of course Smudge had to inspect the stones more closely. 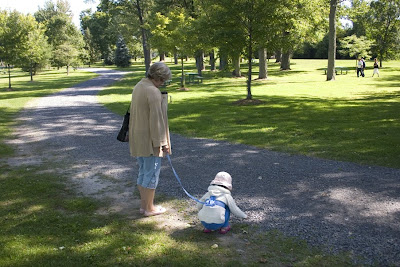 Soon we were on the move again and even though she likes to run freely at times, often she lifts her little hand up to me and says "My hand". It just melts my heart every time she does this. I take her precious hand in mine and savor the feel of it there. Soon enough she will want to "Do it myself Amma", and I will only have the memory of how that little hand felt in mine. Priceless, priceless treasure this time with her is. 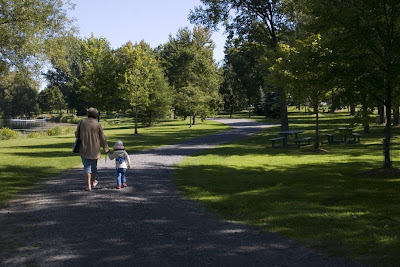 Soon it's time to stop for a rest. Sitting on the bench just won't work. Smudge has to get right up on the table top. 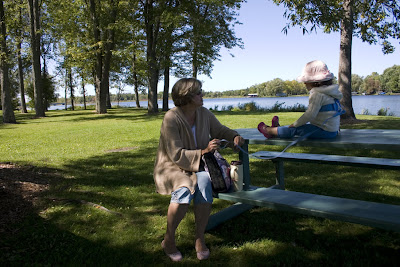 There were some very noisy geese in the water, and we enjoyed watching their antics for quite a while. 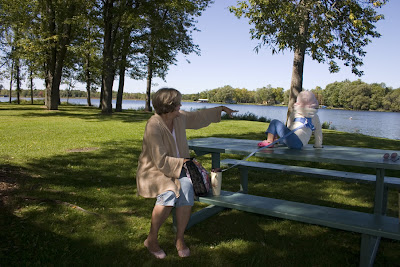 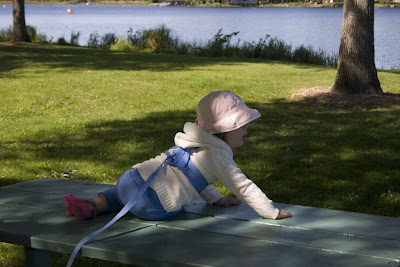 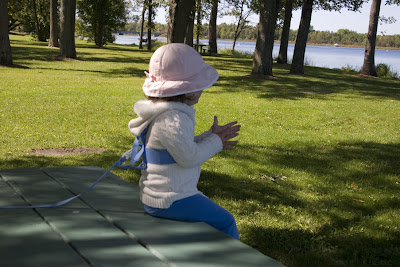 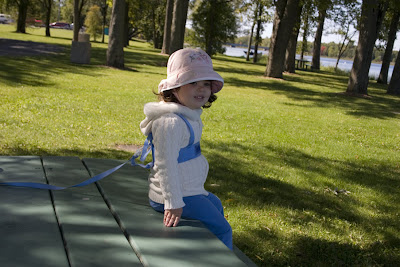 It was time to climb down off the table and go to the water's edge for a closer look. 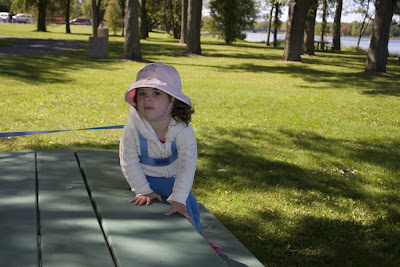 She put Buppa through his paces at the park that day too. After watching Jungle Book over and over again at our house, she wanted to march like the elephants through the park, and then she wanted to climb every tree like Mowgli. Poor Buppa is not a panther though, so he had trouble helping her like Bagheera helped Mowgli. Those pics to come tomorrow.
Posted by Cuppa at 5:20 AM

Oh Cuppa, smudge just gets cuter and cuter....I love that you recognize how precious this time with her is, holding her hand, going for walks, and exploring the park....just a wonderful walk in the park.......:-) Hugs

Bernie - It was a wonderful walk indeed. Such sweet memories are being made every day to brighten and warm any cool day that might come during the teen age years.