Fun at the Water Park - part 2

Smudge got right into the action and had a blast. 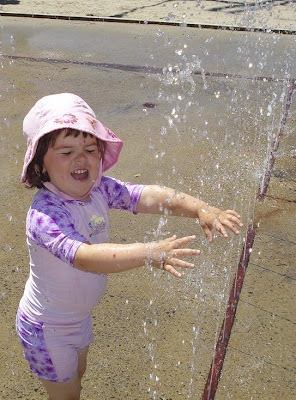 While Smudge played in the water CB sat in his car seat and enjoyed looking at the leaves flutter in the tree just above his head. 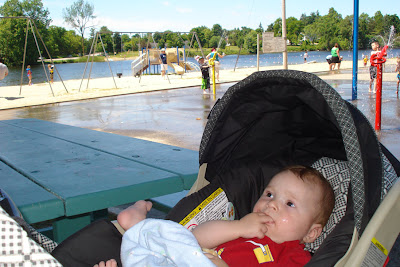 Here is Big Sister standing under the green bucket trying to catch the drips from it. Every so often the coloured buckets would fill with water and dump its contents on the person standing below. You never knew when they would tip. Smudge never did get dumped on, but a few times she was standing very close to the waterfall, and she would squeal with delight and say "Oh My!!!!" She sure made us laugh. 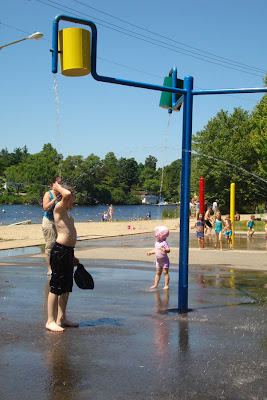 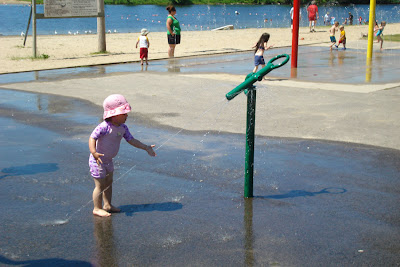 I sat in the shade with CB most of the time while Mommy and Buppa trailed around after Smudge to make sure she didn't get into trouble. 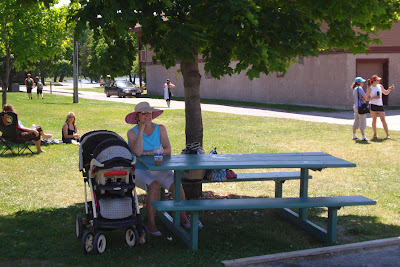 Smudge thought getting her face right in the spray from the red gun was lots of fun, 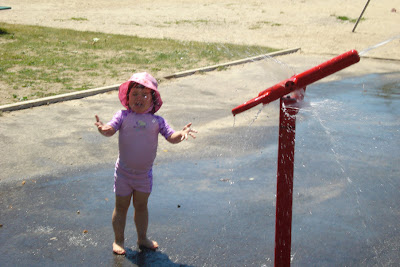 and standing under the spray from the yellow gun was a challenge. 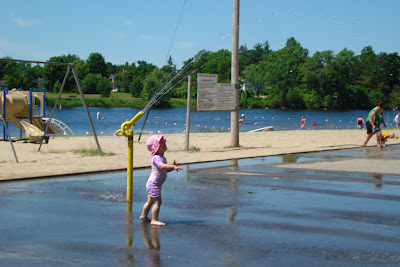 CB was too young to get into the water but I think he had fun at the park too. Sure looks like it anyway. 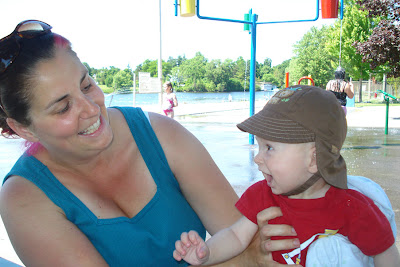