Last weekend, the beginning of winter break week, AC decided that we should go out for breakfast to start the holiday week off right. To my surprise, the kids were also at the restaurant. What a coincidence, or so I thought. I later discovered it was no coincidence at all, it was all planned to help me celebrate my BD with an early BD surprise. I was totally shocked.

Before breakfast arrived I was presented with a beautiful file folder full of papers. I had no idea what was inside. This was on the top of the pile...hmmmmm...what could it be? 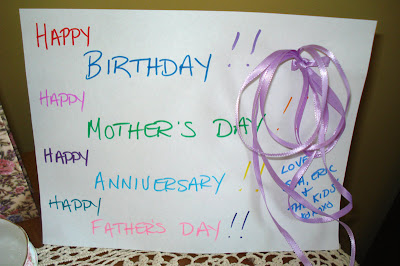 Ever since we moved into this townhouse almost seven years ago now, I have needed a new dishwasher. The ugly old black rattletrap seen below, did wash the dishes - sort of - but the door didn't close properly and needed almost super human strength to make it latch. I knew it would have to be replaced eventually, but kept hoping I would get one more wash out of it, before doing so. Each year we seemed to have other more pressing things, like roofs, furnaces, fences etc that needed to be tended to before I got a new dishwasher.

In the old dishwasher, the trays kept coming off the rollers, but I could adjust them easily. The front panel fell off, but a bit of tape put that right. At least it wasn't leaking, and if I rinsed the dishes thoroughly it sort of got them clean. Just recently though, the seal around the inner door disintegrated and I knew that was it, I couldn't make it limp along any longer. We had to replace it, but the clothes dryer gave up the ghost, and had to be replaced first. OK, I could live without a dishwasher. Sigh!

The kids decided that they didn't want me to do that, and surprised me with a new dishwasher for my BD (MD, Anniversary, and FD). How exciting! 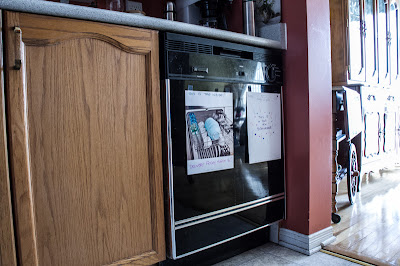 I taped the pictures of the new dishwasher on the front of the old one, and anxiously awaited delivery this week. 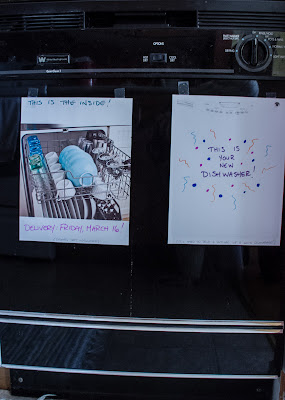 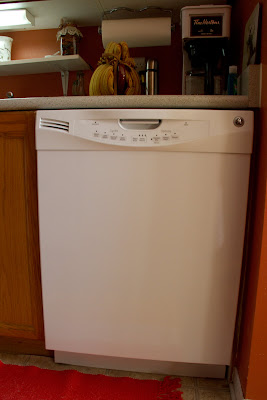 Thanks guys, I love it! 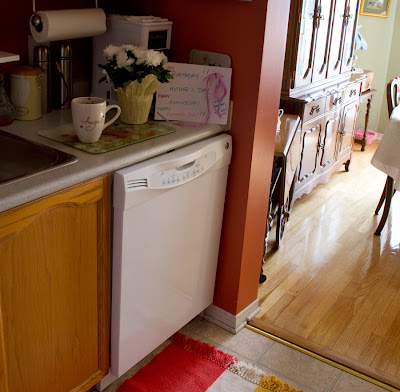 It surprised me when I first learned about it. I find it very touching.

It is lovely just like your lovely family, Happy Birthday.....:-)Hugs