...I want too! That seems to be Jboy's theme song these days and he sings it loud and clear and often - Whatever sister has, I want too...ta da ta da ta dumm!

He can be playing happily with something, but as soon as he sees sister having fun with a neat toy, he wants THAT toy and only THAT toy. Here we see Smudge with a little pink play phone. Jboy has a couple of other phones that he could play with, but nope, he wants THAT one. 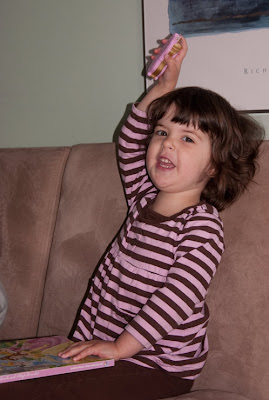 Below we see him planning his attack... 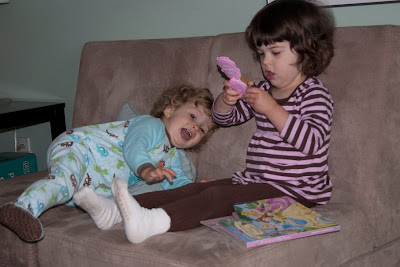 and moving in for the snatch and grab. 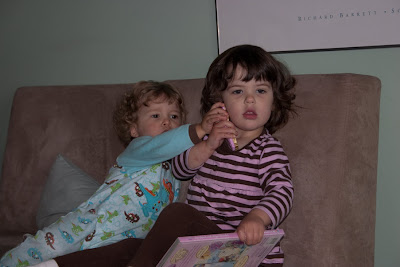 Smudge tries to distract him with a hug... 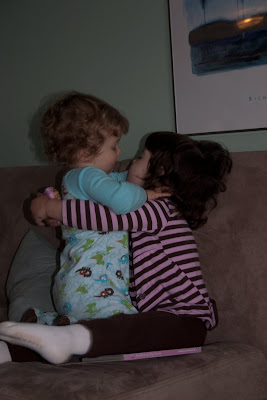 Or maybe a book. 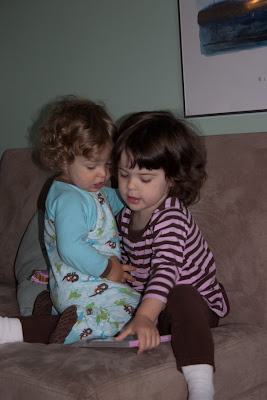 No? Well then maybe another hug. 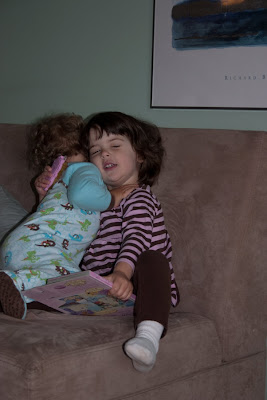 When those tactics don't work, evasion is the next step. Move off the chair and take up a place on the floor. I don't think Jboy is going to give up though. Looks like he is planning another attack. 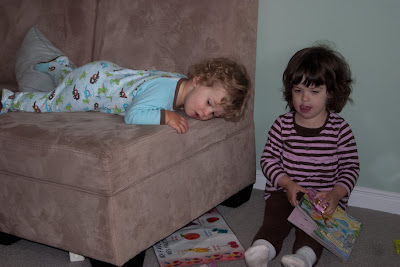 Smudge doesn't seem to mind. She sings happily whilst sitting on the floor in the corner. She is more than ready to hug and then evade, evade, evade! 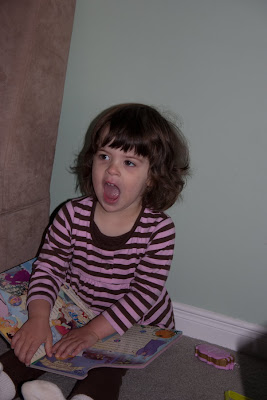 That is a perfect sequence of events in a home filled with children. I can remember my kiddos and my grands going through the exact thing. Wonderful pictures and when they are grown how priceless they will be. So good to see you all enjoying them.
QMM

You really have captured this series of events cuppa, all of us with kids have seen similar I'm sure.....these two has to be just the sweetest ever....:-)Hugs

My verification word is cupaas

QMMM - They WILL enjoy them when they grow up, and Grandmama, who lives in Montreal and doesn't see them as often as she would like, enjoys seeing the pics every morning. From one Grandmothers heart to another, I try to take as many pics as I can to keep her in touch every day.

Bernie - Yes, they really are sweet with each other - most of the time. When Smudge has had enough though she yells at Jboy NO! DON'T TOUCH!! We are trying to teach her to use a nice tone of voice and just ask him politely to "Give her some space". It is quite a hoot actually to hear her asking him as politely as she can.
"No Jb, give sister some space."
I'll try to catch it on video some day and post it.

What a hoot that your verification word was cupaas. I have found that quite often it suits the nature of the post topic.