It all started one morning last week when it was time to get Jboy dressed for the day. I saw these shorts sitting on top of the bureau and thought they would look very nice... 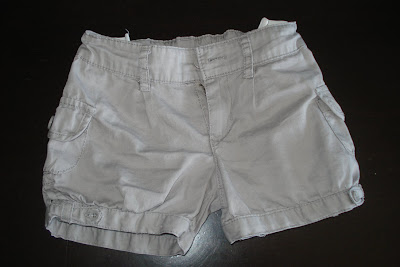 ...with this T-shirt. Cute outfit for a little boy right? Wrong!!!! 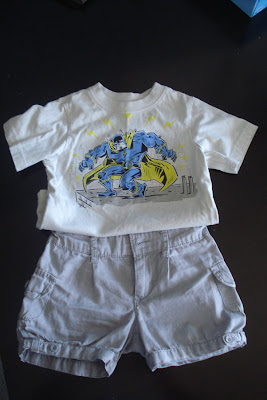 When Thesha got home from work and found Jboy wearing this outfit she went into gales of laughter. Apparently we had put Smudge's size four shorts on Jboy and Thesha thought this was hysterically funny.

The next day when it was time to put Jboy down for his late afternoon cat-nap before Mommy got home from work, AC thought it would be funny to put Jboy in a dress just to see what Thesha would say when she went to get him up. Looks cute huh? 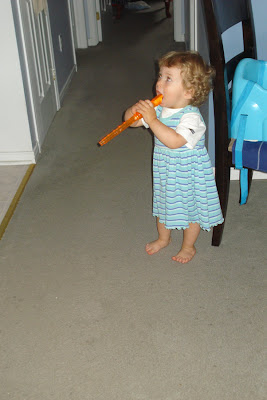 Here he is showing Sister his outfit. She thought it was pretty neat. 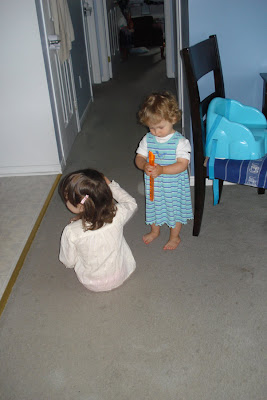 Here he is seeing how fast he could run away from Amma when she tried to catch him and put him down for his nap. Apparently you can run really fast in a dress! 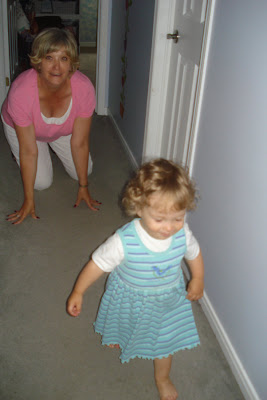 When the 'Rents got home and found Jboy wearing a dress, they did a double take. What fun!

The next day I was brushing Jboy's hair when I had the brainwave to put a barrette in it just before the 'Rents got home. This is what greeted them at the door that day. 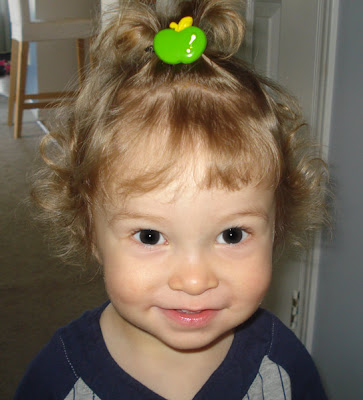 Jboy thought it was pretty cool and it did give the 'Rents a good laugh when they got home. Smudge thought he looked pretty cute and asked for a barrette in her hair too. It didn't stay in for long though.... 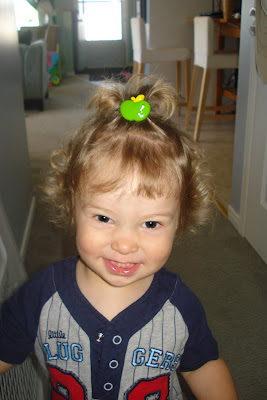 and Jboy got the message loud and clear from her. Time to get this thing out of my hair NOW Amma! 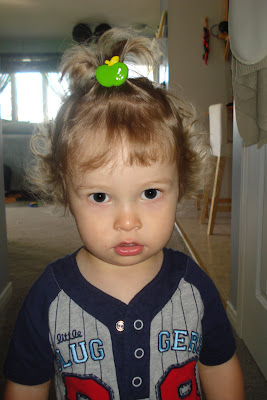 Fun and games indeed.
Posted by Cuppa at 9:46 AM

He is seriously too cute. His hair in that clip is AMAZING.

I used to dress my male cousin up in my girly outfits. My sister I would put lipstick, eye shadow and blush on him, too. Such great fun!

Love to you all.

My son used to love his fairy dress a wings when playing with his sister and two girls cousins! This post catapulted me way back in time! LOL :)

Mary - He certainly does have "pretty" hair doesn't he?

Jinksy - glad I took you on a walk down memory lane today. Fun huh?