Here we go for another round...

The Smudgster was sick all weekend with a tummy upset, so lots of Gravol was consumed, and a puke bucket was always at the ready... and she hit it every time. Good girl! 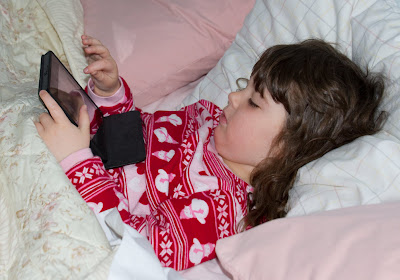 Parents went back to work yesterday, but schools were closed, so we did double duty for the day. Smudge's tummy was almost back to normal, so we took the kids out for breakfast as a special way to start the day. They each had a pancake, but neither had much of an appetite. On returning home, Smudge said her tummy didn't feel good so another dose of Gravol was given just in case. We put her on the couch, wrapped her in a blanket, gave her a puke bucket and let both kids watch TV. Her tummy settled down, but after lunch JJ's tummy took up the task and gave us a merry chase for our sanity all afternoon. 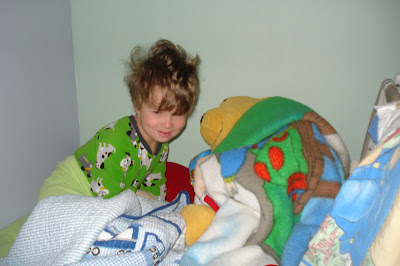 He didn't have a puke bucket close by, so his bed got a thorough dosing the first time his tummy erupted, and the second time he threw up, the couch was the unlucky recipient of a donation. Groan! I did get most of the upchuck in a towel though, as I had taken the precaution to cover the cushions near his head with it. He had a puke bucket, but just didn't get to it in time.

Sheesh what a day. I haven't heard yet this morning how last night went, but a short email at the end of the day yesterday said Mommy would be staying home with the sick little guy today, so we have the day off. I need it after the circus we endured yesterday. I slept the clock around last night, and think I might need a nap today.
Posted by Cuppa at 7:18 AM

I tried commenting on AC's blog but can't, so if you could pass on the message, I'd appreciate it. He's looking for a trike for Smudge. I found one at Home Hardware. A classic Radio Flyer trike. Hope this helps.
kmr

I hope everyone is feeling better soon. So sad when the little ones are sick...
kmr

oh, no. that sounds awful.

hope everyone is on the mend.

thinking of you all.