After a family breakfast on Father's Day, we all went to the carnival at Lambs Down.  Danica made friends with the first animal we saw... 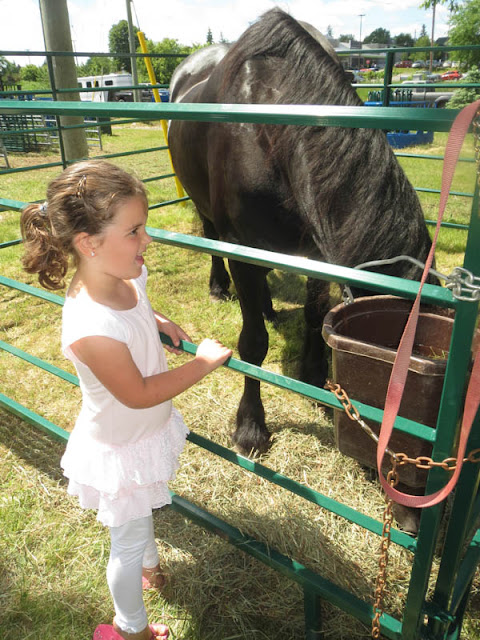 and wanted to pet it, but it was too busy eating to pay her much attention. 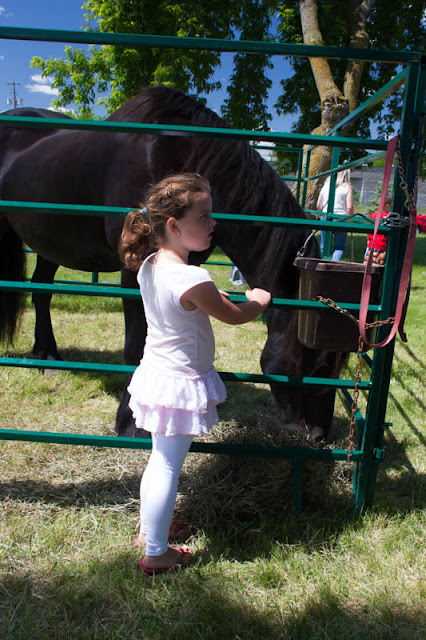 JJ wan't sure if he wanted to get too close, so retreated to daddy's arms for a safe vantage point from which to view the horse. 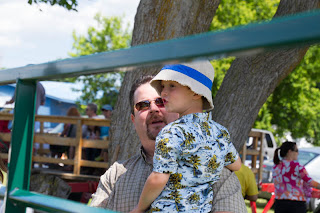 Next was the goat pen, and the kids could feed the goats, but neither wanted to get their hands too close for a nibble of a finger by a friendly goat. 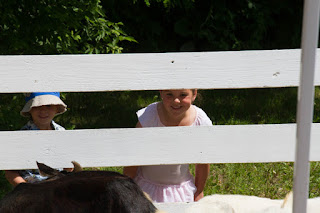 Pony rides were on tap too, and of course both munchkins went for a ride. 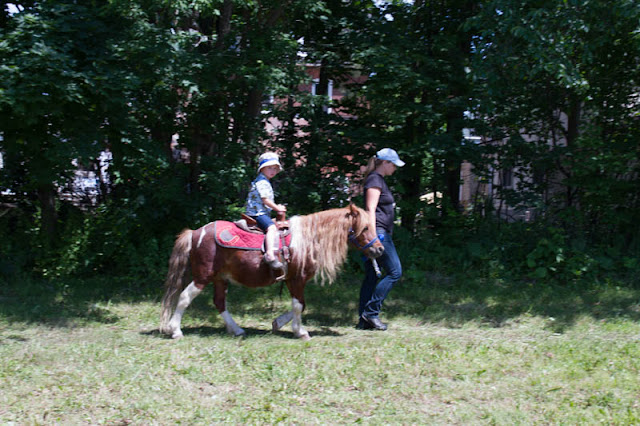 I don't think Danica was too impressed with the ride at first. 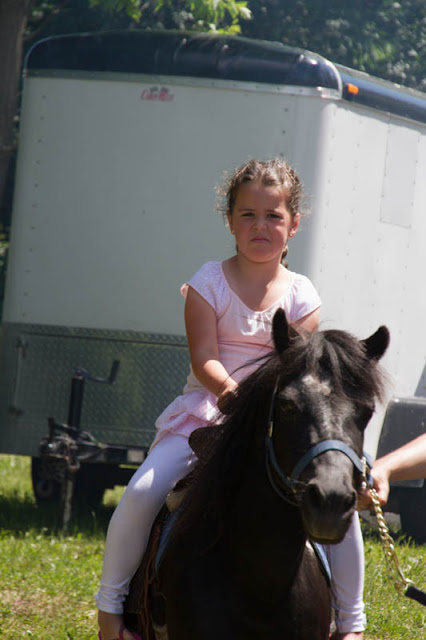 But she soon warmed up to it...Giddy-up! 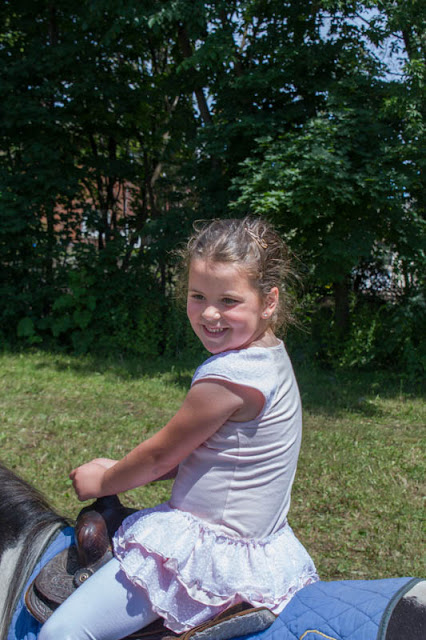