Getting into the story.

Smudge has watched this Winnie-the-Pooh video a number of times, but on this particular day, she decided to soar to new heights with Winnie, and of course Jboy had to follow right along. When Winnie grasped onto a balloon while pretending to be a rain cloud so he could steal some honey, Smudge grasped her imaginary balloon and soared right along with the "silly willy nilly old bear". Jboy had to fly high with sister, so they both climbed up on foot stools and watched the video. 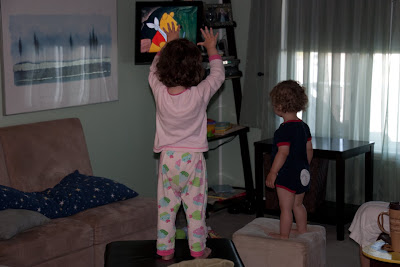 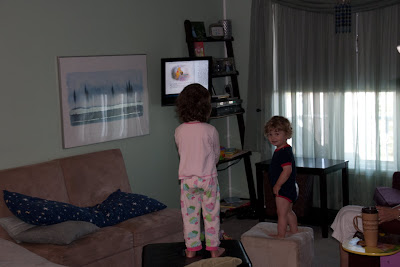 they watched the whole video standing on these stools. 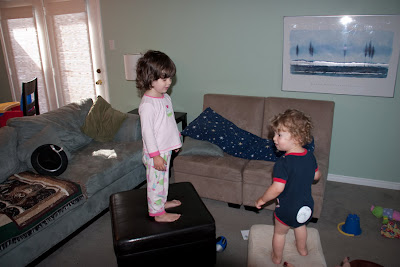 Can't beat getting a different perspective on life at times! LOL :)