Old Man Winter paid us a blustery visit today, and in spite of Smudge fighting off a nasty cold bug, she wanted to go out and play in the wintry blast. I thought the fresh air would be good for her, so I bravely went to battle putting hat, mitts, boots, coat, scarf and snow pants on old spaghetti legs. Yes, it seems like Smudge's legs and arms turn into over-cooked spaghetti when it comes to putting them inside boots, mitts, snow pants and coats. Sheesh! What a struggle. 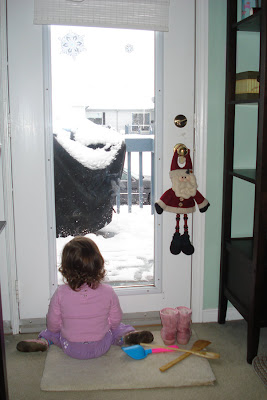 She was finally all decked out in her winter finery and toddled off to play in the snow. She had lots of toys out there to play with, but today's one of choice was a plastic pail handle. Go figure! She had a great time brushing the snow off the BBQ with it. 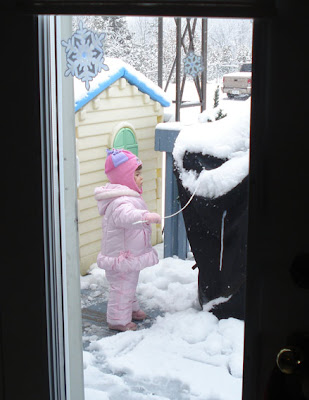 After about half an hour she decided it was time to come in, and let me know by making funny faces at me through the patio door. 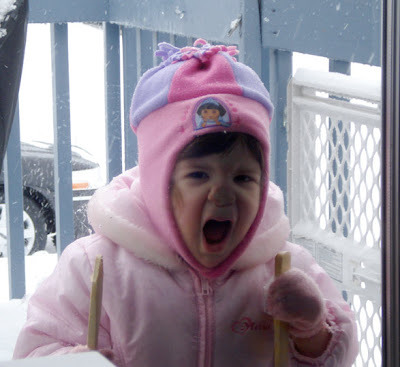